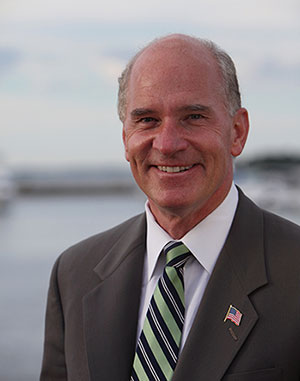 Congressman Bill Keating was elected to the United States House of Representatives on November 2, 2010, one of only nine new Democratic Members to be elected to the 112th Congress. He represents Massachusetts' 9th Congressional District, which encompasses the state's South Shore and South Coast, as well as Cape Cod, Martha's Vineyard and Nantucket.

Bill hit the ground running in Congress. During his first two years, he established himself as a hardworking civil servant and passionate advocate for the people of Massachusetts - a reputation he has had since his days in the State's legislature. Bill's legislative priorities reflect a keen understanding of the issues facing his constituents and a commitment to addressing them:

Bill is the leading voice in promoting information sharing following the Boston Marathon Bombings and has facilitated the Homeland Security Committee's review into the terrorist act. He also traveled to Russia in the wake of the attacks to investigate intelligence lapses that may have occurred. His other Congressional achievements include bringing 10,000 new jobs to his district with the redevelopment of the former South Weymouth Naval Air Station into Southfield, a residential and commercial hub; renewing the national focus on perimeter security in our nation's airports, an issue on which he is the leading voice; and introducing first-of its kind legislation aimed at curbing the growing prescription drug epidemic by requiring pharmaceutical companies to make these medicines tamper-resistant.

Bill's committee leadership roles changed in the 113th Congress when he was selected by his peers to be Ranking Member on the Europe, Eurasia and Emerging Threats Subcommittee of the House Foreign Affairs Committee, which makes Bill the lead Democrat on foreign policy issues affecting that region. This subcommittee is a great fit for both Bill's district and his prior work. The 9th Congressional District already has major cultural links to Europe as home to one of the largest Portuguese-American as well as Irish-American populations in the country.

Further, the subcommittee has jurisdiction over emerging threats, which draws on his extensive experience as a District Attorney. In the 113th Congress, Bill will also serve on the Asia and the Pacific Subcommittee for the House Foreign Affairs Committee, which has jurisdiction over Pakistan and India, and will maintain his position on the House Committee on Homeland Security where he will continue his efforts to strengthen the security at our nation's airports and work to mitigate the threat of IEDs to our Nation's service men and women. 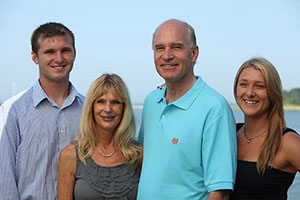 He also supported the repeal of the 1099 provision from last year's health care legislation, which would have been extremely onerous for small business owners, and led the charge in calling for an end to subsidies for Big Oil companies. Further, he spear headed the effort to save over a hundred Air Force jobs at Otis Air National Guard Base in Bourne, which are critical for our national security and local economy, and procured $500,000 in Medicare reimbursements for Falmouth Hospital.

Prior to being elected to the United States House of Representatives, Bill had already exemplified a life of public service and a commitment to the state of Massachusetts. Born in Norwood, he is the proud grandson of Irish immigrants and was instilled with the work ethic and principles inspired by them and his father, who was a police officer and then veterans' service agent. Bill attended Boston College where he received his B.A. and Masters in Business Administration. To put himself through college and his graduate program, he worked as a letter carrier for the United States Postal Service.

Bill was then elected to be Norfolk District Attorney, a position he held from 1999 until his election to Congress. As a District Attorney, he pursued some of Massachusetts' toughest cases. He was instrumental in programs targeted to increase community-based crime prevention, prevent senior abuse, reduce incidents of domestic violence, provide post-traumatic stress disorder services for veterans, stop bullying in our schools and keep drugs off our streets.

Under his leadership, the Norfolk District Attorney's office became the first in Massachusetts to win a murder conviction in a case that lacked a victim's body. During this time, Bill also became one of the founding members of the Norfolk Advocates for Children, a public-private partnership whose mission is to aid abused children.

Bill and his wife, Tevis, have two children, Kristen and Patrick, and reside in Bourne.